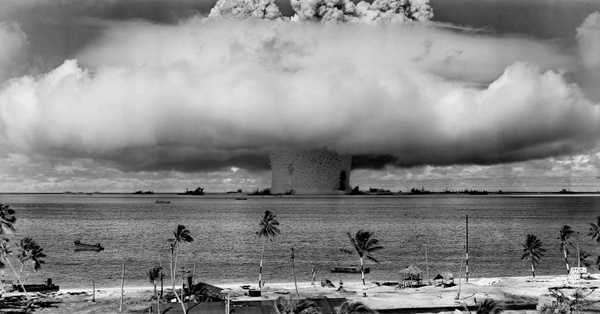 Some state employees may be in for a rude surprise regarding their guaranteed pensions, and it might cost them a comfortable retirement.  To make matters worse, public employees tend to ignore the opportunity to save for retirement in their 403(b) plans because they have put all of their faith in tenuous pension promises.

The problem is pensions may be reduced in the future because these promises are often underfunded. While it is not easy to change pension benefits, it can be done through state constitutional conventions and other legislative measures. While the chances of drastic cuts in pensions are not high for current recipients, we have all learned in the past year to expect the unexpected.

How did we get to this place?

According to The New York Times, state and local pensions oversee $3.6 trillion dollars in investments meant to benefit former teachers, firefighters and police officers, among others. Though some states have strong systems, the overall diagnosis is not good.

Unfunded liabilities at 500 large pension plans stood at $1.3 trillion for 2015 according to the non-profit Truth in Accounting. The State of Illinois could be considered a financial disaster area. In 2016, they had the ability to meet an abysmally low 39.8% of their obligations.

There are many reasons for these deficits; starting with politicians who make promises to unions in exchange for votes. Since pols probably won’t be around when the bill comes due, the obligations have become out of control.

There are also unrealistic future investment returns that are used to deflect contributions by the state and taxpayers or cuts to pensioners. This short-term fix is not sustainable.

Finally, a big cause for this disaster is the use of so-called “alternative investments.” These tend to be very expensive and have provided meager returns over the last several years. This is a toxic combination for future obligations.

It is no surprise the indebted State of Illinois has an astounding 34% of its assets in these products.

A report by Pew Charitable Trusts stated that the allocation of the 73 largest state plans to alternatives had grown from 11% in 2006 to 25% in 2014. This is a big reason why Illinois had about $750 million in investment expenses in 2016, up from 7.6% the previous year.

It has gotten to the point of absurdity; fund managers have resorted to complex algorithms in order to figure out their bill.

According to The Wall Street Journal, “Only algorithms could find the answer. A software program developed by outside firms determined at the end of 2015 that Calpers had paid $3.4 billion in performance fees over the past quarter-century to the private-equity firms that managed its money. In 2016, that number was $490 million.  ‘If you’re using software to deal with the complexity in your portfolio maybe you should simplify your portfolio first,’ said Marc Levine, chair of the Illinois State Board of Investment.”

Many states have mistakenly resorted to these products, thinking that they can fill funding gaps by the promises of excess returns generated by instruments, such as hedge funds and private equity.

This gap is no laughing matter. According to the Hoover Institution, a 2016 report showed a study of 649 U.S. pension funds in 2015:  Average investment returns were just 2.87%, while their chosen discount rate or expected return was 7.36%.

Houston, we have a problem.

Some states are cutting allocations to these expensive and exotic investments. They are gravitating toward cheaper and more transparent portfolios of stocks and bonds, using low-cost index funds.

The problem is too many states are not; and it may be too late for those with the most mismanaged plans.

In a delicious taste of irony, Randi Weingarten, president of the A.F.T. stated,  “By calling out these pernicious practices and working closely with pension trustees and legislative allies, we’ve begun to see fees cut and fee structures for hedge fund and private equity managers exposed.”

While her criticisms are correct in this instance, why is she not speaking out against the equally egregious fees many public employees, like teachers, are paying in their mismanaged 403(b) plans?

In fact, reforming this market could be a partial savior to the unfunded obligations that are guaranteed by the state (and could fall onto the lap of the average taxpayer).

If you would like to learn more about how your 403(b) can strengthen your retirement prospects in case of any pension cuts, we would be glad to help.

In the meantime, follow this simple rule:   If you need a computer program to figure out your investment expenses, it’s time for you to find a new advisor.