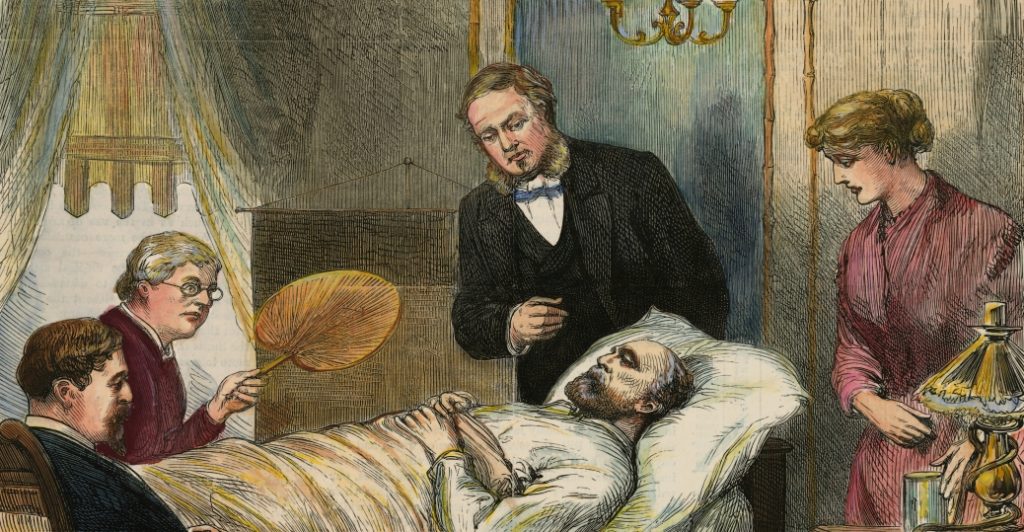 “I love agitation and investigation and glory in defending unpopular truth against popular error.” – President James A. Garfield

Less is more in making decisions regarding your investments. This can also be the case in many other fields. Candice Millard, author of Destiny of the Republic, points this out regarding the medical care of President James Garfield after he was shot by a crazed assassin.

Before I read this book I knew little of our 20th President; after reading it, I cannot know enough. Though he was only president for four months, he managed to complete the ultimate 1880 triple play; he was equally mourned in death by ex-Confederates, Northerners, and freed slaves.

Unfortunately, he was shot in the back by a lunatic named Charles Guiteau, who was supposedly following the will of God. The sad part is Garfield should have survived and lived with a bullet lodged near his pancreas for the rest of life. The active management of his medical team is what killed him. Their constant probing of his wounds with germ-filled equipment and unwashed hands caused infections which eventually took his life.

The constant jostling, probing, and surgeries by the president’s doctors proved to be a fatal strategy. If they would have just left him alone, he would most likely have recovered, like many before him had with similar wounds.

In the words of the renowned German surgeon Friedrich Esmarch: “It seems the attending physicians were under the pressure of the public opinion that they were doing far too little,” he continued, “but according to my opinion, they have not done too little, but too much.”

Investors should find this all too familiar. Fidelity proved over-activity is detrimental to investors by revealing that the retail accounts with the highest returns were the ones investors forgot about.

Ignoring evidence and “working hard at investing” are bad choices for investors. The more you do, the less you get. Some common activities that investors waste time and energy on include:

Millard writes, “In fact, following the autopsy, it became immediately and painfully apparent that, far from preventing or even delaying the president’s death, his doctors very likely caused it.”

Poor President Garfield did not have the benefit of widely-available scientific evidence and modern technology.

What is your excuse?