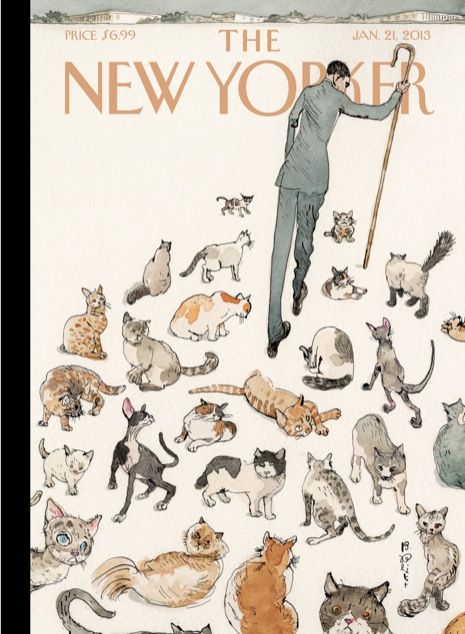 In order to be happy you must succeed in many different ways. This is commonly known as the Anna Karenina principle from Tolstoy’s famous novel.

Though Tolstoy was referring to the ingredients for a happy marriage, the same principles can be applied to taming the wild instincts and untamed attitudes commonly found in the behavior of many investors.

A good way to look at this problem is in the process that occurred when humans tried to domesticate large mammals.

This turned out be so difficult that, out of thousands of different species, only 14 large mammals had enough attributes to be successfully domesticated by humans.

Interestingly enough, no new species have been tamed by humans over the last thousand years, despite the enormous technological progress that has occurred during this time frame.

According to Jared Diamond, the author of Guns, Germs and Steel: The Fate of Human Societies:

“It turns out that all but a few candidates for domestication have been eliminated by the Anna Karenina principle. Humans and most animals make an unhappy marriage, for one or more of many possible reasons: the animal’s diet, growth rate, mating habits, disposition, tendency to panic, and several distinct features of social organization. Only a small percentage of wild mammal species ended up in happy marriages with humans.”

The Anna Karenina principle could also explain why so few people are brilliant investors. In fact, based on the data from the investor behavior gap, most are not even average!

If we can figure out how to domesticate wild goats, we should be able to corral the cognitive follies of the average human regarding their investing habits.

Here is a “How To” guide for taming the wild investment beast that lurks somewhere in a dark corner of all of our souls:

Increase growth rates: Elephants are poor candidates for domestication because it takes about 15 years for them to mature. We can speed up investors’ average growth rates, making them good candidates to achieve their goals, by focusing on investing as early as possible and taking advantage of the miracle of compound interest. We can also encourage people to save at least 20% of their income and keep their investment expenses low. This will have a much greater effect on the growth of their portfolios than any other factors.

Avoid the problems of captive breeding: Some animals will not have sex in public. This eliminates them as candidates for successful domestication. While we need to keep our investment advice at least PG- rated, we can encourage investors to educate their offspring about the fundamentals of asset allocation, limited use of debt, and budgeting. Breeding a large group of informed investors will benefit everyone involved.

Dodge nasty dispositions: Only a fool would try to domesticate a Grizzly Bear. The same can be said for trying to impart investment advice to someone who thinks they know it all. Play dead and ignore them. Time is the most precious of resources and cannot be wasted on pompous buffoons.

Rein in the tendency to panic: Certain animals, like antelope, cannot be tamed because their captivity will result in mass suicide of the entire group. Obviously, this trait will destroy their resale value. The same tendencies can be found in many investors. Selling at market bottoms is an all too frequent behavior for the untamed. Investors need to have this ingrained into their mindset: Occasional market meltdowns are a feature, and not a bug, in the system. Deal with it.

Understand the herd mentality: Certain animals do not have the ability to follow the leader so that they cannot be manipulated into compliant behavior. Investors need to choose their herd carefully, based on evidence. It has been proven that strategies, like value and growth, have both worked. The key point is an investor MUST stick to their chosen path in order to reach the promised land of retirement. Leaving an evidenced based herd during a rough patch, to follow an emotional, reactive herd, will likely spell disaster for either a young lamb or a panicked investor.

Successful investing involves mastering many different facets and will not work if passing grades are not received for the entire collection.

For instance, the tendency to panic will destroy the most well-thought-out financial plan if these wild instincts are not corralled by a wise shepherd or fee-only fiduciary financial planner.

No one said this would be easy. Herding cats will most likely be a skill that will prove to be something no one will be able to master.

The same cannot be said for having a sound investment philosophy, the right mental attitude, and an actionable implementation process.

This can be done; but, unfortunately, without the guidance of an investment advisor who is looking out for your best interests, many candidates will be solicited but few will be chosen.