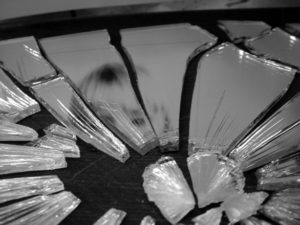 Imagine an investment that could:

This is not a publicly traded or private security.

This investment has the power to eradicate a problem that incurs a higher cost to society than cancer or heart disease.

What is this magic bullet that has the potential to change our society for the better in a myriad of ways? The answer might surprise you:  it is the allocation of public and private funds to effectively eliminate child abuse and fund effective therapies to treat the victims.

According to Robert Anda’s 1995 study of adverse childhood experiences (“ACE”), child abuse is the most costly public health issue in the U.S.

In the fascinating, but disturbing book, The Body Keeps the Score: Brain, Mind, and Body in the Healing of Trauma, Bessel van der Kolk, M.D., sheds light on this dark subject.

The ACE study and many follow ups have clearly displayed the devastating social, psychological, and financial costs child abuse has upon our nation.

Unlike the Surgeon General’s report on smoking and health, which was published in 1964, the reaction to the ACE study is disappointing.

The reaction to the ACE study has not been met with a well-funded, concerted, government/private-led plan of attack. More importantly, there are no dramatic corresponding statistics that show that we are winning this awful struggle.

According to the author, too many resources have been devoted to mind-numbing drugs instead of effective trauma therapies, like those that have been used with veterans suffering from P.T.S.D.     “Many victims of child abuse receive high doses of psychotropic agents, which make them more tractable but which also impairs their ability to feel pleasure and curiosity, to grow and develop emotionally and intellectually and to become contributing members of society.”

Even to the most callous observer, focused solely on the bottom line, the problem of child abuse needs to be addressed if only based on its ruinous economic impact.

Large numbers of victims of child abuse end up with cancer and heart disease, in addition to their psychological afflictions. The constant state of stress they are under from their unresolved past plays havoc on their immune systems.

Due to their inability to cope, and their overreactions to perceived threats, many victims of child abuse end up being part of the prison population.

According to the author, 70% of California’s prison population spent time in foster homes after being removed from abusive households.

Incarceration costs the U.S. about $84 billion per year, or roughly $44,000 per prisoner, annually.  Fair-minded people would agree this greatly hinders economic potential.

It is no coincidence that these countries have lower crimes rates than the U.S.  More resources are devoted to the prevention of child abuse by focusing on helping families at risk.

Our politicians discuss topics such as nude photos of their spouses, the size of their private parts and pot smoking that occurred last century.

This goes on while the National Children’s Alliance reports that 3.1 million children from 47 states received preventative services from Child Protective Agencies in 2013.

The shame of it all is this issue could receive bi-partisan support even in our dysfunctional political environment. This inexcusable inaction deprives our economy of desperately needed economic stimulus.

There are few investments that have the potential to help solve so many societal issues while simultaneously increasing economic growth.

Giving parents the support they need to raise their children in safe, predictable surroundings will pay enormous generational dividends to our nation. An essential component to effecting this change is to understand (and share) how trauma affects decision-making and then, based on this knowledge, focus on solving the root causes.

As I often point out in my blog (as it relates to investing), once there is an awareness of how damaging and irrational emotional responses can be to our well-being, we can learn to modify the behavior and stop the tail from wagging the dog.  This clearly applies here as well.

Evidence and data are indispensable tools for both solving social problems and creating investment portfolios. Investors give away billions of dollars each year by violating these principles. The cost to society regarding child abuse makes this look like a rounding error.

Personally, I have dealt with several victims of child abuse during the five years I taught in Intermediate School 53, located in Far Rockaway, Queens.  It was so bad that I gave up calling many parents because I wanted to prevent further trauma from the beatings that would result.

There are many proven methods to intervene in these settings. Sadly, the most effective school programs are often the first casualties during budget cuts and are in short supply to the most needy.

Warren Buffet once said, “Cash combined with courage in a time of crisis is priceless.”

The crisis is real. Finding enough people with the courage to act is another story.