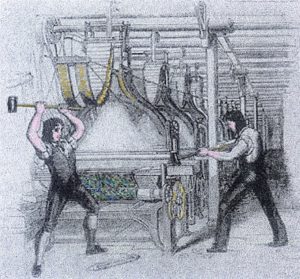 Most high-fee hedge funds and broker-dealers have one thing in common: They are large extractive institutions that will eventually fade into the dust bins of history.

In the brilliant book by Daron Acemoglu and James Robinson, Why Nation’s Fail, the authors define extractive institutions as “those who empower and enrich the few at the expense of the many.”

This defines firms that charge 2% a year and extract 20% of the profits in an investment account. Not far behind are those who extract close to 4% a year on their annuity accounts, and confiscate 5.75% upfront sales loads on mutual fund purchases.

In these arrangements, the clients lose, while the minority of top producers and upper management win. Fortunately for most of us, the days are numbered for zero-sum relationships.

If we look into the past, we can predict the road map for its eventual destruction.

Extractive institutions do not innovate. This will lead to the creative destruction that will bring down the entrenched elite.

In ancient Rome, Emperor Tiberius was approached by an innovator. The man said he had invented unbreakable glass. Tiberius asked him if anyone else knew about his discovery. When the man said no one knew about the invention, Tiberius had him executed.

Tiberius famously said: “Lest gold be reduced to the value of mud.” This innovation would have threatened the emperor’s power. Rather than implement this new technology, he chose to kill its inventor. Many will suffer at the expense of the few, to protect the small, enriched status quo.

Along these same lines, with much less dire consequences, was portfolio thought-leader, Rick Ferri.  Ferri once approached his (then) boss, Jamie Dimon, about using low-cost index funds to create global portfolios for the firm’s clients. He was not met with the executioner’s axe, but some choice words discouraged him from ever bringing up this subject again. (Listen to the story here).

Ferri eventually left and started his own firm, based on how he wanted to do things rather than follow orders from the elite. Extractive firms end up losing bright, innovative people with high character.

Over the long term, this strengthens the competition and eventually lead s to the demise of these extractive firms. This is currently happening with teams of individuals leaving brokerage firms to fly solo. These professionals are tired of the imposition of extractive rules from above; they crave autonomy and want to benefit the many, rather than the few.

These extractive financial firms are becoming more and more like modern day Luddites who, during the nineteenth century in England, smashed machines during the industrial revolution in order to protect doomed jobs.  Today, attempts to block the Department of Labor’s fiduciary rule and obscure financial transparency is a prime example of modern, Luddite behavior.

While sales-based commission models will continue to be profitable for a while, they are not sustainable over the long term. An example of this can be found in the old Soviet Union, run by the very extractive Communist party.

The Soviet Union experienced massive economic growth after World War II. Many “notable” people said it was only a matter of time before they overtook our outdated exploitative capitalist system.

This turned out to be a myth. Stalin and the gang forcibly moved millions of zero productivity peasants into the factories, where they became marginally productive.

The graph displaying zero to marginally higher productivity will give an illusion of massive, sustainable growth. Observers were counting on this trend to continue when they made their future projections. They missed the fact that the system did not allow innovation; and, eventually, this growth rate would stall and cause the whole house of cards to come tumbling down while their more nimble capitalist competitors benefitted from creative destruction.

This is not much different than what is happening in the financial sector. Inclusive firms like Vanguard are acquiring more assets than they know what to do with. The broker-dealers pushing high-cost, actively-managed funds are paying the price.

This lack of innovation and extractive nation forces them to do “prisoner exchanges” with their rivals. They try to steal top producers from each other with the allure of higher compensation and large bonuses.

Like the old Soviet Union, they are falling behind every day because of their lack of concern towards their clients’ needs and their extractive nature. They will be able to keep up for a while, but eventually the well will run dry.

The Romans, Mayans, Venetians, and Soviets all awaited the same fate. Extractive institutions eventually lead to political infighting and civil war. When the spoils are held by a small elite, it is only a matter of time before the empire devours itself.

The temptation of seizing power becomes too great for other rival extractive groups to resist.

The inclusive groups eventually win out. We are seeing that today with firms focusing on investor behavior, goals-based planning, and evidence-based investing strategies. Their growth rates are dwarfing those of their conflicted rivals.

The ancient city state of Venice eventually succumbed to this familiar pattern. After starting out with an inclusive representative government, they switched to extraction and repression and became irrelevant.

Today, according to Acemoglu and Robinson, “Instead of pioneering trade routes and economic institutions, Venetians make pizza and ice cream and blow colored glass for hordes of tourists.”

The broker-dealer model will eventually become a living museum, like the modern city of Venice.  The day will come when people will take selfies in front of exhibits of rows of cold callers lorded over by their extraction-motivated lead broker.

Instead of collecting commissions, these firms’ business models might have to rely on souvenir sales to grow revenue.

There are plenty of Venetian traders who would have laughed if they were told their once proud city- state would have to rely on the generosity of tourists.

Something tells me the tourists will not be so generous with this group.