Add building a heftier nest egg to the list.

Married people are 77% wealthier than singles.

According to the Journal of Sociology:

Money is peanuts without good health.

A study in England determined that married individuals were 14% more likely to survive and leave the hospital sooner than their single counterparts among heart attack victims.

What about all the marital discord, the surly mothers-in-law, and other assorted knife fights associated with wedding bliss?

The data proves couples tend to be happier than single people. Being a married financial planner, I strongly endorse matrimony as a wealth creation vehicle for most people.

Coupling for the sole reason of building assets is an absurd idea. Not that it hasn’t stopped people from trying.

Provided couples unite for the right reasons; there’s a world of wealth-creating opportunities ripe for the picking.

All isn’t puppies and sunflowers.

Marriage rates in the U.S. have been on the decline for decades. The group that’s seen the sharpest decline? Poor men. 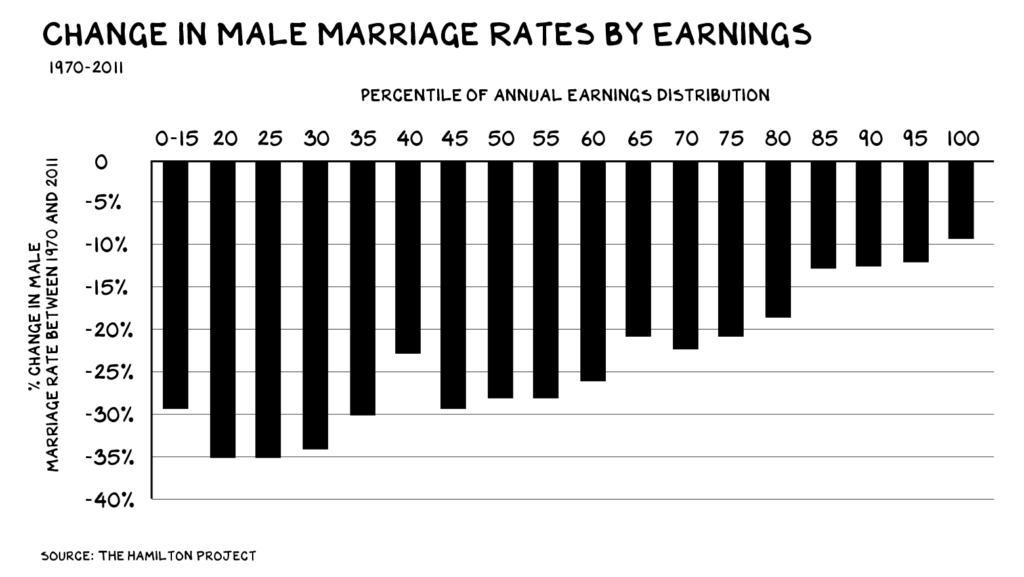 I strongly suggest reading his terrific post.  The potential societal implications are disturbing.

Despite this ominous warning, marriage is still a great deal.

Not tying the knot due to concerns over wealth destruction isn’t advisable.

Divorce yourself from this concept.

Financial stability is a terrific side effect of a happy marriage.