“Just keep going. Everybody gets better if they keep at it” -Ted Williams, Red Sox Hall of Famer 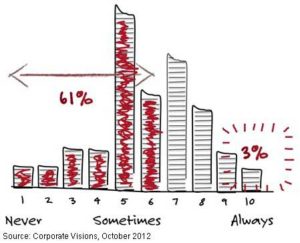 umpire does not work. If investors get caught looking at a called third strike, it is their own fault.

Sports, like investing, is about sticking to a repeatable routine through both bull and bear markets.

“It does not matter if your 0-for-4 or 4-for-4 the night before, just keep sticking to that routine and go out there and play hard.”

This is sound advice from (a sometimes unsound) ex-Yankee, Alex Rodriquez, to rookie, Aaron Judge.

As is the case in sports, temporary outcomes should never overrule a long-term process, especially when it comes to investing.

In the batter’s box, a hitter has two choices. He can stick to a repeatable routine, regardless of who is pitching. The alternative is to change his stance every time he faces a new hurler.  Since there are over 180 pitchers in each league, this decision is less than optimal.

Changing a procedure every time an uncontrollable variable turns up is a losing strategy in investing, just like it is in sports.

The player who chooses a consistent process through good and bad times usually has a solid career in the big leagues.

The athlete who constantly makes major changes to his batting stance tends to become a journeyman player or is bounced back and forth to the minor leagues.

Investors have much to learn from this.

Most investors will abandon their chosen blueprint after a period of underperformance. They will switch strategies and change their modus operandi before it has a chance to bear fruit. This leads to the unfortunate behavior gap of investor returns, compared to the basic market indices.

Changing investment styles based on market noise is no different than hitters changing their batting stance based on who is pitching. Letting uncontrollable circumstances determine process is a great way to get cut from the team or underperform the market.

In addition to constantly changing investment styles, investors often blame the market umpire for their misfortunes. These outside events are used as a crutch for a flawed investment process.

Typical topics in the portfolio blame-game agenda are:

All of these excuses should NEVER be part of a sustainable investment process. They are all based on unpredictable variables that cannot be integrated into a repeatable strategy.

These items are the investor’s equivalent of blaming the umpire and focusing on outcome instead of mechanism.

This pattern tends to repeat itself since the market provides an endless litany of excuses for investment failures. There are no shortages of scapegoats for hapless investors.

Mistaking noise for signal, day trading and market timing are all examples of channels that rely on uncontrollable, often emotion-based, variables.

Processes that are repeatable, data-based, and adhere to a long-term course of action rely on starkly different criteria. The probability of success is greatly increased by relying on factors that can be controlled rather than those that cannot.

Diversification, rebalancing, expense monitoring, and high savings rates are prime examples of vital ingredients to a sound operation. This will be all for naught if you do not follow the cardinal rule, stick to the plan!

The strategy of focusing on short-term outcomes, like judging a plan with a two decade time horizon on a month’s worth of performance, for example, will guarantee disappointment.

Sometimes an investor can be fundamentally rock solid but experience disappointing investment results for several years. A good case in point would be the tremendous underperformance by globally diversified portfolios relative to their U.S. centric counterparts the last 6 out of 8 years.

Investors often confuse effort with performance. Nothing could be further than the truth. Hyper-active hard-working investors often greatly underperform the market.

In 1971, Joe Torre of the St. Louis Cardinals won the National League M.V.P. award by hitting.363. This feat was even more amazing since Torre was one of the slowest runners in baseball! The next year he batted .289. Torre remarked, “In both years I tried just as hard.”

In other words, sometimes luck plays a big role in outcome over short periods.  In 1971, more bloop hits fell in, and the stars were aligned. In 1972, the same process generated a much different outcome. The difference between a .300 and .250 hitter is one more hit out of each 20 at bats, during the course of a season!  Many would be surprised about the outsized role of luck in the big picture of things.

The disappointing outcome in 1972 was not a reflection on Torre’s sound process.

Investors should take note. Have a repeatable sound plan and stick to it. In the long term, mean reversion will be the great equalizer.

Unfortunately, in the short term, the market Gods may be very fickle.