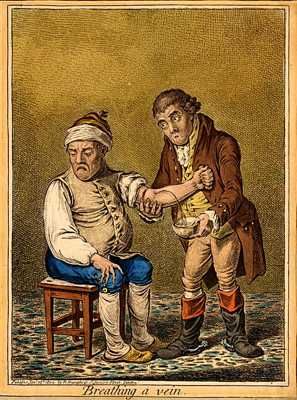 s are prescribing this very antidote to fix this combustible issue.

Too many government pension fund boards are committing this act of monetary malpractice. According to Marc Levine’s article, “Fees that Sickly Public-Pension Funds Can’t Afford” (The Wall Street Journal) “political mischief” is often the primary motivation for this malfeasance.

These boards are often comprised of “politicians and political appointees.” It is no surprise that Frederic Buenrosto, former chief executive of CALPERS in California, and Alan Hevesi, state comptroller in NY, have both been found guilty of taking bribes from money managers or their intermediaries.

Payments in the diverse forms of both “Casino chips” and cold hard cash were used to sway their decision to incorporate these high-fee investments in their respective state’s portfolios. Stakeholders paid the price.

These are not isolated instances.  In the state of Illinois, over the past three years $180 million in fees were paid out.  According to a study by the Maryland Public Policy Institute, “33 state pension funds spent $6 billion in management fees in 2014.”

It is not hard to do the math and determine that huge sums of money are being wasted. There are over $2.5 trillion in these state funds. Even if a small portion was allocated to alternative investments, the cost would still be immense.

According to the Pew Charitable Trust, there are approximately $1 trillion of unfunded obligations to state employees.  This makes every dollar a precious commodity.

The icing on the cake is these high-cost, so-called “alternative investments” often underperform the broad stock and bond markets.

Like individual investors, state pension boards are often sold a bill of goods that has been disproved by comprehensive data. They are told by fancy-schmancy marketing teams that they will “miss out “by using index funds.  These salespeople supposedly hold the special sauce of managers who can outperform the market. Board members are told they can have access to these individuals, but at a steep price.

The problem is this narrative is completely false. Taxpayers are often left with the bill due to these misleading proclamations.

According to SPIVA (S&P Indices versus active funds), no more than 23% of active managers in any segment of U.S. equities outperformed the S&P 500 over the past five years. The numbers are even worse over longer time frames. While theoretically these people do exist, the chances of an unsophisticated public pension board finding them are basically zero.

Often past performance is the criteria used to judge investment managers. Unfortunately luck plays an extremely outsized role in short-term portfolio results. The mantra of “past performance does not predict future returns” cannot be emphasized enough.

There are individuals that have the aptitude to overcome this immense challenge. However, it is highly unlikely that a pension board or paid consultant will be able to capitalize on this anomaly. Simply put, it is almost impossible to identify these people ahead of time.

There is too much at stake for state pension funds to go chasing the waterfall of market out-performance or low-risk, high-return investments. Though many slick marketing teams make this promise, disappointment is often the end result.

Taxpayers and state employees deserve better. State pension funds should use a model that includes the elimination of the fallacy of market-beating managers. This would be a good start.

Individual states could do much worse than having basic portfolios of low-cost stock and bond indices; realistic return assumptions; and an accurate timeline for disbursements.  This recipe should change the funding situation dramatically for the better.

This prescription is based on data, the modern medicine of portfolio management. Far too often, many state pension plans are using medieval medical treatment concepts when creating investment portfolios.

It is no surprise that they are experiencing the same results as the poor souls who were subject to blood draining and leeches.

Either way, both state pension funds and medieval nobles are being bled dry by these outdated practices.